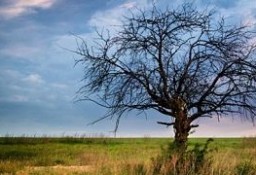 As we get older, it is harder and harder to do work we don’t enjoy. Why? Because our energy gets drained by such work…leaving us less and less energy for what we really want to do. This is the Peter Out principle, not to be confused with the infamous Peter Principle.

I have written elsewhere about that one, the notion that people get promoted on the job because of their natural flair for doing certain kinds of work until they reach a level of incompetence because that new job doesn’t require any of their natural talents or motivations. Or, to put it in more simple terms, people advance in their career until they stop having fun.

Many others, of course, never find that fun to begin with. They fall into a job, or take a job because they needed to support their kids, or because they don’t know what else to do. Work, for them, often becomes a grind, a duty, or an obligation to pay bills, cover the mortgage, or take care of family. It’s our bargain with the devil of job security that leads to dissatisfaction or worse:

“I’m stuck. I’m shackled in the golden handcuffs. I have good leave benefits and look forward to a half decent pension, but I do not enjoy the work that I am doing. I crave that creative side that seems to be missing from my life and yet I never seem to get around to. I find that there needs to be a buffer of time to get the ‘creative juices’ flowing- time I don’t seem to have after-work commitments and commuting. I feel like I’m banging my head against a brick wall….” This is a complaint I hear again and again from men and women in mid-career or middle age. It is experienced by huge numbers of people.

This is the Peter-Out Principle in action. The origin of the phrase peter out is thought to be associated with the name St. Peter, which in medieval France may have morphed into slang for the male sex appendage. So, to peter out means to fall off in power, to dwindle away to…nothing.

As far back as 1962, psychologist Abraham Maslow discovered that one of the best–if not the best–way to achieve personal power is through work. “All human beings prefer meaningful work to meaningless work. If work is meaningless, then life comes close to being meaningless.” In his hierarchy of needs, Maslow was simply pointing out what we all know to be true: that work is not just about making money, it’s also about making meaning.

Doing our work well requires some competency, confidence, or power. When our enthusiasm for work fizzles out, fades away, we might say we are petering out. When we work just for money, our desire for meaning, for vitality, for life ebbs away, tapers off, melts away–it peters out!

When considering this truth, I can’t help but think of Hazel McCallion, the mayor of Mississauga, Canada’s 9th largest city, who first won office at age 57 and just retired at age 93. If she worked only for money, she’d have retired a long time ago. No one could accuse her of petering out! She is one example of many who prove it is never too late to find work that energizes you.

As a job change expert, my goal is to help you do so by identifying, defining and mobilizing your Aptitudes, Attitudes, and Appropriate Actions.

One of the things I’ve noticed during the past 15 years of assisting individuals through career transitions is that successful transitions have a creative orientation.  What I mean by that is the distinction between a problem-solving mentality and a creating mentality.

Many people don’t like their jobs, and want to change.  For them, career transition is about taking action to get rid of something they don’t want, i.e. the problem, the unwanted situation, the conflict.

There’s a reason for this.  Our scientific-engineering-driven society is all about problem-solving. It’s easy to talk about what needs fixing because so much does. But the mobilization of people through problems is always temporary. It works best during a crisis, like times of war. People who may not usually agree with each other can quickly join together for what seems to be a vital cause.

Crisis is often what motivates people who want to change jobs.  What gets them started on changing their careers is the intensity of their career pain. Once they take action, even if the action doesn’t work particularly well, there is less intensity of the problem. That leads to less future action, because the motivation to act has weakened.  In their minds, they have fixed the problem of pain because it is less intense.

The cycle is always the same: more intensity leads to action which lessens the intensity which leads to less future action.  In fact, what often happens is that the person stays in the same job, or gets a similar job, because the intensity of the career pain has diminished ergo problem solved!

This is not a bad thing per se. There is nothing wrong with improvising, hoping one thing leads to another well enough that you fall into the situations you would hope for. It is simply a less reliable approach.

What is more likely to happen is more reaction to circumstances, a kind of running on a treadmill where every action brings you back to where you started.

If the prevailing circumstances drive us, then we have one of two limited choices: to react or to respond. In either case, the circumstances are in charge and we simply react to them…over and over again.

We spend a lot of time “fixing” problems driven by circumstances. It is easy to organize around problems. You don’t have to think. The problem (the circumstances) drive motivation, focus, and even the types of action you would take.

And yet nothing really changes. Solving all your problems doesn’t mean you will have what you want. The underlying structural problems remain.  We might have a new job title, a bigger paycheque, and we put on a brave face that we’ve really got it together…but our soul continues to shrivel up and die!

Even though people make superficial changes, the underlying issues eat away, and often manifest into stress disorders or more serious illnesses.  Personal health is a place where the difference between a problem mentality and an outcome mentality is enormous.

The traditional medical approach is to problem solve.  After all, much of modern medicine was developed on battlefields over the past 200 years, and we have a lot to be thankful for in terms of modern medical procedures and pain control protocols.

However, our medical system today is not over-burdened by gunshot wounds.  Instead, it is collapsing under the weight of so-called “lifestyle” illnesses.

Modern medicine is learning that health is a holistic issue that involves not only the physical dimension of an individual but emotional, psychological, even spiritual aspects of life. You can’t use problem solving to build anything long term.

This creative orientation was clearly outlined by Robert Fritz in his ground-breaking book, The Path of Least Resistance, when he introduced a powerful organizing principle in creating our lives–structural tension.

Your career is not a problem to be solved. It is a creation in process. This tension comes from knowing the end result you want to create, and knowing where we are in reality at any given moment. Tension is formed by the difference or contrast between our desired state and our actual state, and this tension is dynamic, a positive force.

I have seen many of my successful clients hold this structural tension as they make their next moves. They have a clear picture of their right work.  They look at their current reality objectively and accurately (easier said than done because of the negative circumstances they often live with).

When they know the very next step they are about to take in the context of the overall outcome they want to create, suddenly the energy they need is there in abundance. They become creative and focused. They move with momentum. They do not have to get “pumped up” because they are already on the move.

Of course, the creative process begins with the question, “What do I want to create?” Without the end in mind, you are left to drift in and out of problem-solving.

Individuals that make successful career transitions have a clear end in mind. That is why a career assessment is so crucial to a successful transition.  If you leave your current job, where would you go, what would you do there?  Answering these two questions with some clarity gets the ball rolling.

The outcome doesn’t need to be all that clear at the outset to set the process in motion, just clear enough that you know what you want to create.

This, then, makes the question of your starting point immediately relevant: where am I now in relationship to where I want to be?

Career transition is not a “to do” list followed mindlessly. Every move is related to the final outcome, and occurs within the context of structural tension

There is always a next move. Our lives are in motion, even when they seem to be standing still. The question is, to what degree can we determine the next move, and will it lead us where we want to go?

Contrast that with not knowing the next move. When people do not have a picture of what they really want in terms of their career, they often need to force themselves into action.

They feel blocked or feel like they are running in a circle, with the same old thoughts, same old ideas, same old same old. Just because the underlying structure you may be in leads to lethargy, doesn’t mean you have a block or a psychological condition. You are simply in the wrong structure.

Change the structure, the so-called “block” goes away, and your creative juices become alive again.

Without an organizing principle, it is hard to organize. And it is easy to make explicit what otherwise would have been implicit, the outcome you want to create.

Once structural tension is established, the next step is the next step. I’m here, and my next move on the path to the overall accomplishment of my goal is just right over there.