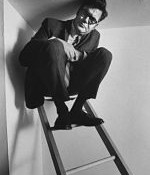 If you watch the popular TV comedy The Office, you may find it hard to believe that Michael Scott–branch manager of paper company Dunder Mifflin in Scranton, PA–was ever competent at anything!  He appears to have no talent whatsoever for managing others.

He is the embodiment of the Peter Principle, first formulated in a 1969 book of the same name,  by Dr. Laurence Peter, who famously said: “In a hierarchy every employee tends to rise to his level of incompetence.”  Employees will be promoted so long as they work competently; until they reach a position where they are no longer competent; and, there they stay, stuck, unable to earn further promotions.  Hello, Michael Scott!

In the real world of work, individuals are usually promoted because they are competent, and they are competent because they have a particular flair, or talent, or strength for performing certain job duties.  Their work is valued enough by their employers that they are often rewarded with a promotion to supervisory positions.

The Peter Principle then becomes active when a managerial position requires a set of skills that do not come easily or naturally to the person who has been promoted into it.

For example, I have worked with a good number of engineers who excelled at troubleshooting technical problems, especially when they were left alone to work in their own way at their own speed to analyze a particular problem and design a solution, often building the solution with special tools & equipment.

They are masters of the physical world of structures, machinery, and processes.  Then they are promoted into a managerial position where they are required to collaborate with others on committees and make decisions through long discussions at meetings that must be submitted up the hierarchy for approvals, involving frequent delays, postponements, or rejections.

In the meantime, they must resolve disputes between employees who disagree on how to proceed; or,  plan years in advance for potential scenarios; or, compete with their colleagues for scarce organizational resources; or, fight about money and budgets—none of which they have a genuine interest in or a knack for dealing with.

Why do they put up with it?  Perhaps, for the sake of a better compensation package, or the admiration of their peers, or the expectations of power, prestige, and status for someone their age; or, because, they don’t know what else to do.

What is true for engineers promoted to managers, is also true for front-line social service workers promoted to policy positions; or customer service reps promoted to supervisors; or teachers promoted to principals, and so on.  Often, I will hear from such people a desperate confession.  “I feel like an Impostor at work, pretending that I know what I’m doing.  I keep wondering when they’ll find out.  In the meantime, I try to fake it ‘til I make it, but I just dread Monday morning. “

This is a short term coping strategy that may backfire in the long term.  If someone is not motivated by their core job duties, their performance will degrade, so that when the inevitable downturns of an economy occur, they may be laid off when their performance is compared to others who are suited to managerial duties and feel motivated by their work.  Or, their level of job dissatisfaction fosters dis-ease that leads to physical illness, anxiety, depression, or any number of stress-related disorders.

Sure, we can learn managerial skills by taking courses; but, just because we know how to do something doesn’t mean we will do it.  For example, we can learn how to do conflict resolution because our job requires it. But if are natural inclination is to avoid conflicting situations or highly charged emotional encounters in favour of working alone on a task in a concentrated manner, then we will develop coping mechanisms to avoid using our newly acquired conflict resolution skills unless forced to do so.  Motivation is the key to performance on the job, whether we are managers, supervisors, or subordinates.

You don’t have live like an Impostor, pretending you are something you are not.  You can get a clear picture of your natural talents and motivations and learn how to leverage them into your career plans in a way that will recognize and reward you for what you do naturally and effortlessly, rather than for what you have to do in a job misfit.

Here at JobJoy, we are in the business of mapping your motivational pattern and matching it with the work you are best suited to do so that you can excel in your right work.

9 thoughts on “Beating the Peter Principle”