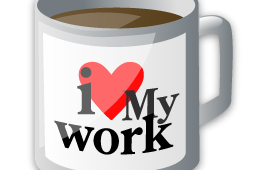 Work-life balance is one of those buzz words that characterizes the zeitgeist of our times. We live busy, hectic lives and, in order to control all this activity, we often separate our different spheres of activity into compartments of work, family, socializing, romancing, education, politics, religion, and so on.

This compartmentalizing also extends to our mental and emotional lives, to what we do and believe, to what we value. Work-life balance is about aligning our being with our doing.

Easier said than done, right? In fact, there is strong evidence to support the conclusion that there is very little work-life balance in our lives. We might want it…but we can’t get it!

One major study commissioned by Health Canada[1] found that the highest levels of job stress and depression in Canadian public servants were found in Ontario public employees at municipal, provincial and federal levels:

“While they may earn the nation’s highest average salaries, Ontario workers reported the lowest levels of job satisfaction and the highest intention to leave.”

Reducing work-life conflicts is not a high priority for most employers even though doing so is proven to be a major factor in better job performance, according to Paul Fairlie[2], a researcher that I spoke with recently. He designs and conducts surveys related to meaningful work. He says that the same 9-10 dimensions keep coming up in research.

Is it money or is it meaningful work?

It’s both. It’s a two-stage motivational process. People need a certain amount of money to be comfortable and to feel appreciated at a level similar to others doing the same job. Beyond these few extrinsic drivers, the vast majority of people pursue intrinsic rewards, e.g. meaning-based goals and values.

Some people can be cynical about these kinds of results, and prefer to pursue extrinsic goals, such as money, prestige, status, power; rather than intrinsic goals, such as meaning or socially useful work. But the research clearly shows that money rarely shows up as a major influence on motivation and behaviour once basic needs are met.

Instead, studies are consistent in showing that most people are, in fact, more intrinsically-motivated. If they become more extrinsically-motivated, it’s because of negative work experiences. Let’s face it, work can be a pretty harsh environment, involving layoffs, unfair dismissals, nepotism, corruption, and so on. It’s no wonder that many individuals acquire a cynical attitude: “Fool me once, shame on me…try to fool me twice, forget it, just pay me!”

As Paul learned from surveys, it is understandable that many people are more likely to choose a raise over more meaningful work, but that doesn’t stop them from wanting more interesting work. His research demonstrates that most employees still want self-actualizing work; they want to make a social impact; they want personal goals/values alignment with jobs/work/employers; they truly want a sense of personal accomplishment.

When they get it, they are more likely to stay with their employer and report higher levels of satisfaction, commitment, engagement, and discretionary effort.

Furthermore, the higher they score on his Meaningful Work Index (MWI), the more likely they are to experience fewer physical and mental health symptoms. He reviewed 2 national studies in 50 states and found that employees with a high MWI score measured low burnout, low depression, low stress, and low anxiety.

However, when employees don’t find meaningful work with their employers, they disengage–the rate of days lost to sickness and loss of productivity rises dramatically. Indeed, the stats suggest that a growing fringe of Americans and Europeans are withdrawing from work as a meaningful life pursuit.

Many of them are leaving the world of institutionalized work and creating a lifestyles business, which is a small enterprise that shares the following characteristics:

– Set up and run by its founders
– Aim of sustaining a particular income level from which to enjoy a particular lifestyle
– Does not require extensive capital to launch or sustain (limited scalability or potential for growth)
– Suitable for sole practitioners, husband-and-wife-teams, or small groups in “creative industries”
– Dependent on founder skills, personality, energy, and contacts
– Founders create them to exercise personal talent or skills, achieve a flexible schedule, work with other family members, remain in a desired geographic area, or simply to express themselves

Creating such a business isn’t for everybody but more people than ever are leaving their corporate jobs to try it for themselves.
———————
[1] “Where to Work in Canada: An examination of regional differences in Work-Life Practices,” Health Canada survey, Linda Duxbury & Chris Higgins, Ottawa’s Sprott School of Business, 2001
[2] Paul Fairlie, Ph.D., President & CEO, Paul Fairlie Consulting, Advancing the Science & Meaning of Work

2 thoughts on “Is it money or meaningful work?”