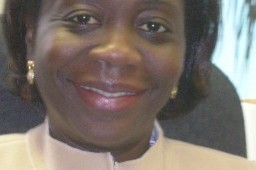 Taba Cookey is an extremely talented woman who had immigrated to Canada from Nigeria to go to work in high level finance. She had earned her first degree in England and had got  a Masters degree in Canada some years later before returning to Nigeria to continue her banking career.

She said that while she was in Ottawa looking to move from her job in financial sector research, she thought she should “take advantage of the kind of career consulting (that I offer) that doesn’t exist in Nigeria,” and explore her options for career change.
I had Taba write “her story”–eight examples of experiences that had been very satisfying for her throughout her life. They didn’t have to be job related.

She began to seriously consider returning to Nigeria and we talked about the need for African ex-patriates to return home and use their knowledge and expertise in developing Africa.  She decided to go back to Nigeria without any prospects for a job. I told her that she had lots of talents and people would recognize and reward her for that.

When we get into a jobfit, other parts of our lives often fall into place.  After a few years in this job, Taba returned to Nigeria in 2008 .  “It is great to be back home, I think age is finally taming my itchy feet!”  She was recently married, and took a new position with the Nigerian Stock Exchange.  Congratulations, Taba, in  putting down roots!