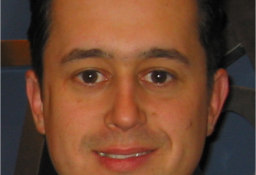 Mark Buzan came to me at age 22 and about to receive his political science degree and wanted to work on Parliament Hill.

During our first conversation it became apparent that he wanted to work for a Member of Parliament (MP), but he had no idea on how to get a job, on Parliament Hill.

As far as he was concerned, thousands of people graduate with a degree in political science every year and they all want a job on Parliament Hill and the ones who get them are people who are very active in politics, or who’s families have political connections. So what chance did he have?

So we had a very important target to find. I did an assessment of his talents and determined that the best job fit for him was as an executive assistant. Then, we set about taking action to hit the target. And, it worked. He came to me in November and by the end of January he had a job offer as a aide to an MP.

Our plan to hit the bull’s eye began with some big parties. All the political parties in Canada have Christmas parties on Parliament Hill. And they’re open to the public. So I told him to go to the Christmas parties of the political parties in which he was interested and mix with them. At a party, people are more relaxed, more likely to interact on a social level, and more likely to be open to hearing your story. At one of the parties he met the senior member of the staff of Jason Kenney and eventually got a job as an executive assistant in that office.

But obviously there’s more to getting the right job than just going to parties. So our plan was very specific.

Mark had some special training in tax policy and tax law and had some ideas on changing tax laws. First I told him to find out which MPs had the tax reform portfolios for their parties. Then we put together a letter summarizing Mark’s research and ideas about tax reform and sent it to those MPs requesting a meeting. Then I provided him with a script of what to say to get into those offices for a meeting. Mark spent about 20 minutes with each MP and talked to about 6. He then debriefed me on all his meetings.

Mark loved what he was doing, but after a while decided that he needed more challenges. He wanted to become a lobbyist.

We put together a portfolio and then he created his own company called Action Strategies. He received a couple of small assignments and built up a track record. Then at 29, he got hired as lobbyist. His official title was Public Affairs Coordinator for the Canadian Hydropower Association. Several other positions followed and, today, Mark is an Executive Director of a national organization for health care professionals.

All of that was very deliberate and intentional. It wasn’t luck. It was intentional, having a clearly defined target, a vision of what he wanted, then taking specific actions to move him closer to his vision until—bingo! He hit the target.

Sometimes you have to take some risks to get what you want. Some people wouldn’t go to a Christmas party uninvited. You have to do unconventional things to get noticed. Not all of the time. But it increases your chances of getting hired.