Only 1 of 5 individuals who lose their job are pro-active in finding another. Why? 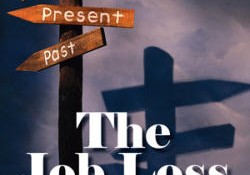 During the pandemic, millions of individuals across North America were laid off or lost their jobs. How will they respond?

Many will, of course, look for another job in the same field.

But, if they do not find one, most of us assume that they take the situation into their own hands and do one of the following:

– go back to school

– move to another city or region

Turns out our assumptions our wrong. According to Statistics Canada, which looked at what workers did during the recession in 2009; most individuals do not adopt these seemingly obvious adjustment strategies.

There were differences depending on gender, age, level of education, and length of unemployment–but, generally speaking, whether it was in the first year of job loss or the fifth year, only 1 in 5 workers adopted even one of these adjustment options.

This helps us to understand why many employers are complaining about the difficulty of attracting workers to an economy that is starting to open up. Given a choice—supported by some economic security—most workers do not want to return to a dull, dirty or dangerous job (in general, these are the types of jobs that employers now want to fill)–and will wait until they must. Big surprise! Only a few it seems will use this period of unemployment to change their careers.

However, some white-collar workers with high levels of education also lost their jobs, and more may do so if the economy slips into a post-pandemic slowdown or recession.

This study from Stats Can indicates the most people, but especially this highly educated group, will ride out the effects of the pandemic in the hopes of getting their old jobs back or something similar within a year.

In other words, most people (4 out of 5) do not change their behaviour or make significant changes in their lives when they get laid off or lose their jobs.

For the 1 in 5 people that adopt an adjustment strategy, I have noticed the following in my 30 years of practice, which is now backed up by some statistics (remember, this is not most people but the 20% of unemployed people who adopt a strategy after losing their jobs):

– In the first year after job loss, the most common strategy among laid-off women is to enrol in post-secondary education.

– The longer the period of unemployment, the more likely both men and women will move to another region or city.

– Older displaced workers are set in their ways and do not want to change so they are less likely to move to another region or invest in skills, in both the short and long terms.

– Those with more education are more likely to become self-­employed or go back to school for another degree, especially if they already have a university degree.

Interestingly, the data from Stats Can, there appears to be little difference between people who lose a job and those who don’t when it comes to making adjustments to their work situation—neither group is inclined to make changes to their behaviour or their career.

I am here to help those in the minority who must or want to make a change.