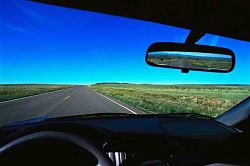 As we get older, making a career change is more challenging for many reasons:

– we’re locked into a job that gives us economic security that we don’t want to risk;

– our identity is invested in our job—especially in the way that our family (you’re the breadwinner) and friends (you’re like me) view us—so there is little support for a major change;

– we might’ve tried a change previously and it didn’t work so we’ve lost confidence and don’t really believe we can make a change;

– we don’t have the desire or the energy to face adversity, it’s just easier to coast along with the devil we know;

– we don’t know where to start so we don’t do anything except daydream (news reports consistently tell us about 70% of workers fantasize daily about changing their job).

Whatever the challenge, there is a simple antidote that I have seen work everytime over the past 25 years–take one action towards what you want.

Did that action move you closer to your goal?

If so, take another action.  If not, identify what was learned from that experience…then take a different action.   Baby steps!  We crawl, we pull ourselves up, we take a step or two, we walk, we run.  That’s life.  Same thing goes for career change.

For example.  A local client visited me 10 years feeling “stuck” in her government job.  She was thinking about going to law school.  After exploring the pros & cons of such a commitment for a young family, she decided against it.

Last year she returned.  She now had 18 years employment as a public servant but still desired a career change.  She had an idea in mind for developing her own business.  We discussed some options and developed a plan with specific action steps.

She took the first action of seeking advice from her network to evaluate the demand for the service she wanted to offer.  Her network was very encouraging.  At the same time, we reviewed all the legal and logistical requirements for starting a business in Ontario and established a timeframe.  She approached several contacts in her network to solicit them as initial clients…but they turned her down!  This took some of the wind out of her sails.

In the meantime, she found it difficult to choose between solopreneurship and registering as a corporation and received conflicting advice from lawyers, accountants and other professionals.

I encouraged her to continue prospecting with her targeted client base; in short, when faced with adversity, swim with your kind of fish.  She attended professional networking groups for business women, some of whom took her under their wing.  She started to feel supported in very practical ways.  She decided not to incorporate, then launched her business and immediately got referrals, new clients and projects.

Her side hustle keeps her busy outside of a 9-5 government job providing grant writing and social media management to clients. She says, “I couldn’t be happier!”

We can now plan the next step to build her business to the point that she can go full-time by moving from solopreneur to employer.

Ten years ago this client had one idea that did not pan out…but her desire for a new venture was strong.  In the past year, she took her idea through baby steps to walking and is now preparing to run!

Career change is a journey with a clear destination in mind.  How fast you travel is not the issue.  The point is to enjoy the journey in the one life we get.