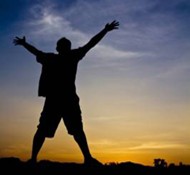 Looking for job postings online, following up on tips, asking for referrals, attending workshops in your hometown is still hard work, even in such familiar surroundings with a built-in goodwill network of family, friends and former colleagues.

Imagine how much harder it is to job search when you move from another country, even with solid credentials and experience. I experienced this very challenge myself when I moved to Australia from Canada in the 80s with no prospect of a job. It took me 8 months to land something commensurate with my degree and experience.

Each person is different of course and has a specific set of credentials and experience, and each one is operating in a unique set of circumstances. But, in my personal and professional experience, the right mix of pro-active job search strategy and tactics executed with persistence and patience always pays off in a good job. Here’s a true and recent case:

In May 2015, Paul relocated from the UK to Toronto when his wife got transferred with an international company (can’t use his real name due to his wife’s terms of confidentiality). Paul had resigned his UK position as a Senior Building Surveyor with an engineering company that managed construction projects in the public sector.

After getting his two young sons settled into T.O. school and life, he started looking for work in his field in line with his visa conditions. He did a smart thing and followed up on leads from his UK contacts but they did not materialize into any job prospects.

He also sent out dozens of resumes but got no call-backs. When I looked at his resume, there was an obvious issue—Building Surveyor is not a job category in Canada, so he wasn’t getting screened in for interviews. But, more importantly, there is an oversupply of construction professionals in Canada, so employers didn’t need to consider prospects from the UK.

We quickly modified his resume and LinkedIn profile to better position/package him for the T.O. market as a Senior Project Manager-Construction because it combined the key technical, account management, and leadership responsibilities of his UK role.

When he sent out his resume and followed up with phone calls, employers now took his calls and talked to him. These conversations taught him a lot about the employment culture in Canada, and what was similar or different to his experience in the UK. It also demonstrated to him the importance of being pro-active in a job search for senior roles.

Consequently, he dialled back his online job search and put together a list of target companies. I encouraged Paul to leverage his natural charm and strong communication skills into “networking” in his neighbourhood. I explained the benefits of doing so. Sceptical at first, he started telling his neighbours and parents at his sons’ school what it was that he was looking for and asking them directly if they knew anybody in his targeted companies.

Besides building his confidence that his UK experience offered value to the Canadian marketplace (because his neighbours took him seriously), this pro-active approach generated a number of referrals, including one to a local recruiter who specialized in placing senior people in construction. This recruiter introduced Paul to a small firm headed by two partners from the UK. They were immediately interested in Paul but didn’t have a position that fit his experience.

I explained to Paul that this was code for “we don’t know you well enough to feel safe enough to hire you.” I explained to him how 40%+ of jobs are created for senior people who walk through the door, who get into conversations that uncover a firm’s key corporate goals/priorities and the major challenges that get in the way of them achieving those goals, and who can then spot the work opportunity in the intersection between the two…because a job is nothing more than activity organized around solving problems to reach corporate goals.

After meeting both partners several times in a professional manner in their offices and in a social setting over dinner, Paul was sent a job offer, which he accepted at the end of November. Interestingly, they left him to define his job description during his first 3 months on the job!

At JobJoy, we specialize in customizing a job search to the right mix of strategies and tactics that will land you a job that corresponds with your value. Call George today to discuss your situation 613-563-0584.