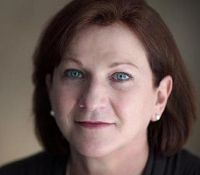 Christine Ouellette came to me because she wasn’t too clear on what she wanted to do and sought objective insight from someone else.

She was a vice-president of an international development consulting firm and really didn’t want to continue in that position because her responsibilities were changing and leaning towards business development, whereas her interest was more on the technical side.

Her passion was transferring skills, particularly around making transparent decisions grounded in democratic and participatory processes, to government and non-governmental organizations in developing countries. She specialized in good governance, poverty reduction and social responsibility. Christine was particularly concerned with the links between violence against women, human rights, and development and had carved a niche for herself as a specialist in gender equality and ending violence against women.

By identifying her professional passions and innate strengths, she was able to refocus. She was in the right field, but by the time she met me, she had outgrown the organization where she was employed. She felt her employer was doing fabulous work in social development, but too much of her time was spent managing instead of doing. She was de-motivated by having to focus on the bottom line and managing priorities defined by others.

Christine needed work where she could set her own priorities in line with her values.

She had owned her own firm in the past, but it was freelancing, “an in-between thing” that she did between jobs.

She decided to restart her business and make it very focused. This time she was serious. She developed a mission statement, corporate image and concept for a web site and a brochure for the organization.

Now Christine works with associations that she chooses to work with – private sector, not-for- profit, and government organizations. She works exclusively on issues that she cares about. “It’s not about billing. It’s about values.”

Nowadays there is coherence between her values, her principles and the work she does. She’s making as much money as she did working in a formal setting and it’s much more gratifying and stimulating because she doesn’t have to reach financial goals set by someone else.

Since she’s been working for herself, Christine has been doing the types of projects she’s most interested in, both in Canada and overseas. For example, she developed a proposal with CARE Canada giving voice to marginalized people in South East Asia.

Christine made a heavy-duty commitment to her values. She understands the value of having a vision and sticking to it. She checks in with me once a month to help clarify that vision and come closer to the manifestation and obtainment of that vision.

She said she finds it valuable to have a third party objective point of view of her decisions. I’m not her husband, I’m not a coworker, I’m a third-party objective observer.

Christine needed to have a clearly defined vision to enable her to take actions that moved her closer to that obtainment. Ironically, this clarity made her more attractive to employers. Her vision and values harmonize so well with CARE Canada that they recently offered her a position as a specialist in Governance and Capacity Building.

After 2.5 years as country director in Cameroon for CARE, last summer she took on a new challenge as senor advisor gender equality, seconded by CIDA to the Pakistan Earthquake Reconstruction and Rehabilitation Authority. Now, she’s recently returned to Canada to take on the role of VP-Porgrams at the Canadian Hunger Foundation to foster food security for the world’s poorest communities.

One thought on “Job Change Advice: Your Values and your Job don’t have to Conflict”