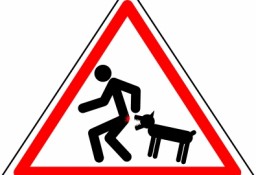 I’ve helped dozens of individuals this spring prepare for job interviews, including one PhD client who was recently interviewed for a senior position with a national organization in the communications industry. What she encountered in her interview is a typical concern for any hiring manager—risk assessment!

My client is already employed and I told her that a key concern in the interview would be a plausible explanation for why she would leave her current job to take another.

In fact, the manager stated at the beginning of the interview that she was convinced my client could do the job no problem…what she wanted to know was why my client was willing to leave her current job and relocate to Toronto.  This became the focus of the interview.

The manager told my client that she had fired the last person!  Now, this important fact never showed up in the job posting but it was the real “agenda” for this manager’s hiring decision.  So, she was being very careful and assessing the risk of hiring my client—she didn’t want to make the same mistake twice.

If somebody is said to be once bitten twice shy, it means that someone who has been hurt or who has had something go wrong will be far more careful the next time.

Finding, hiring and retaining good employees is a big headache for any manager.  Most of them are hoping somebody will make the hiring process a lot easier for them so that they can get on with their real task at hand, which is managing.

I have explained how the hiring process works in detail in these previous posts:

Hiring managers are human beings.  They are bundles of self-interest, just like the rest of us, so they tend to look after their self-interest first, which is usually organized around the priorities of protecting and promoting their own careers.

That is why the hiring process is driven by human nature.  Human beings hire other human beings.  The problem with human beings is that we are not perfect!  We all have weaknesses, shortcomings, faults, biases, prejudices, vices, and so on.  In short, there is a downside to every individual. Every potential employee is a risk to a manager…a risk that might jeopardize his or her career!

As human beings, we fear what we don’t know. I’m not saying it’s right or equitable or fair; it’s human nature! When you approach potential employers as a stranger, their automatic fear response kicks in because they don’t know you, and they fear what they don’t know. As a candidate in an interview, you are an unknown quantity to the hiring manger.

In other words, a manager will not hire you until they feel SAFE with you.  We live in a litigious society, and managers must protect themselves from litigation. One of the easiest ways to do that is to minimize risk.  Since you as a job seeker are a risk, the easiest way to minimize that risk is to NOT hire you.  In most cases, a manager is not going to jeopardize their career by hiring somebody they don’t feel safe with.

Interviewing is a two-way street

My client understood this because I had prepped her for this kind of scenario, so she handled it well.   She explained to the manager how she was managed in her current position, and how she  responded to direction and authority, as well as other performance issues.  The manager seemed satisfied with that, but my client was not!

Since this manager raised a red flag by admitting to firing the previous employee in that position, my client decided to do some research of her own to find out more about the personality and management style of that manager.  What she learned caused her to decline a job offer.

In summary, managers don’t take unnecessary risks with their careers…and neither should candidates.  Both parties want and need time to develop rapport with each other to see if there is a good fit.

Both sides should exercise due diligence! If the interview does not produce a level of comfort, then an employer will check references, do background checks, and resort to other methods to ensure a “safe” hire.  Candidates should do the same—talk to previous employees, current employees, and so on to determine if the fit is good.