You Have to be able to Tell Your Story 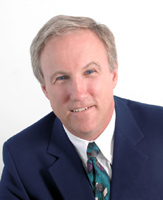 Scott Ogilvie had worked as an Assistant Director of Athletics at Trent University and really enjoyed it. After he moved to Ottawa, he was never able to recapture the glory days of that job.

Before he came to see me, Scott had been working in the area of health and fitness on a short-term contract for Health Canada.

He said he was looking for similar work, but was concerned his next job would be too comparable. He was a bureaucrat who had worked directly with a variety of organizations at the administrative, rather than the delivery level, where he derived more satisfaction.

Scott is also strongly committed to improving the health of Canadians. As a general rule, I don’t meet many people genuinely committed to health, fitness and physical activity in their late 40s, who have had 25 years experience, and have stuck with it.

I meet any number of younger people who are idealistic, but don’t stay that way. Scott is really committed to ending inactivity in our society. He wants to be on the frontline of hands-on delivery, and he wants to be there designing programs addressing childhood obesity.

Here we had a person with the commitment of someone fresh out of college, with real honest-to- goodness experience – a lot of know-how about program design and program delivery.

What Scott didn’t have was good job-hunting skills.

Other than sending out résumés, which wasn’t working, he really didn’t know how to look for work. He had been referred to me for job search coaching.

I soon realized that in order to find him a better situation, we had to reposition him out of a bureaucratic role.

He talked the Health Canada bureaucratic jargon and didn’t demonstrate passion. He needed to escape the public servant role, and the neutralizing language that goes with it.

Because Scott is unassuming by nature, he had to learn to blow his own horn. We encouraged him to be a better storyteller and he was amazed at the impact that had in interviews.

An interviewee can’t predict every situation. When attending an interview you want to establish rapport. I encourage my clients to say, “Here are my stories. Which would you like to hear about first?”

Now Scott says, “I go into an interview armed with stories that tell who I am and how I identify issues and provide solutions – a real sense of who I am and what it is that I want.”

Scott secured a job as the Administrative Officer for the Royal Canadian Legion, which is like the American Legion. It’s a veteran’s organization that includes sports events for members. His primary role is to manage sports activities for Legion members and Canadian youth.

He works closely with volunteers, including coaches and administrators. A major part of his job is the planning and organization of an annual national track field competition and training camp targeted at up-and-coming young athletes, 13-17 years of age. Each year the event attracts 400 athletes from across Canada.

Scott says, “I’m back in sports, in a sport that’s near and dear to my heart. It provides a good mix of projects and program management and liaison, promotions and public relations. It makes a difference and has an impact on the 400 kids across the country that became finalists as well as on all of the kids they competed against to get there.

“It’s not quite as hands-on as I’d like, but I meet that need by coaching sports like girls soccer and rowing.”

Scott says things really changed for him when he learned not to just “play it safe” during a job interview. As he now says, “Understand your passion and know who you are. That will help you to better understand yourself and enables you to respond appropriately.”