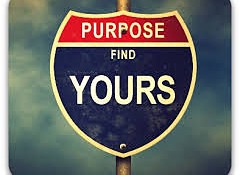 In addition, billions of people in Asia are learning math, science, and English and our ‘knowledge’ jobs here in North America are being outsourced to cheaper labor markets, which dampens employer demand for knowledge workers on this side of the pond. For several decades, economists have been encouraging workers to get more education in knowledge industries to ensure job security. And they were right…until now!

The job market is subject to supply and demand economics. Twenty years ago, the economy was hot and growing due to the hi-tech boom. There was so much demand from employers for skilled labor–especially IT, telecom, and other hi-tech skills—and such a shortage of IT talent, that employers had to look beyond their local areas, across the country, even across the world to find enough skilled people to fill those jobs.

Job boards were developed as brokers to put these buyers & sellers of labor together, and they were very effective. As more and more people were sucked into the hi-tech sector, lots of openings were created in other sectors, including financial services, education, health, manufacturing, retail, food & beverages and so on. If you had any kind of skills, education, or experience, you could throw your resume online and you were sure to get calls from internal & external recruiters. Those were the days!

But, when the recession of 2008 hit, employers in America laid off 10M+ workers. Suddenly, and since then, employers have had very little demand for new employees. Except in certain places, like the oil&gas sector of northern Alberta, and other pockets where certain skills are in demand.

Some people say jobs are scarce, but they aren’t. There is never a shortage of jobs, although often there is a shortage of money or will to bribe people to do some of it. Generally speaking, we are in a ‘jobless’ recovery as corporations hoard money due to lack of confidence in economic prospects.

Besides, most people who want paying jobs have paying jobs. That’s why governments have foreign worker programs to bring in people to do jobs at a pay that most other people won’t accept. For many people in developing countries, who have next to nothing in terms of material things, they are quite happy to work just for money.

This only proves there is no job scarcity. Jobs go begging because most people do not have a burning desire to do certain work for its own sake–e.g. clean hotel rooms, flip burgers, pick crops, butcher beef, and so on—because they cannot see a point to it all. In short, their work lacks purpose.

Our higher levels of education increase our expectations. Once our physiological needs are met, we pursue love and belonging, which will give us self-esteem, confidence, and the respect of others. Our expectation is to become all we are capable of. Flipping burgers doesn’t cut it any more.

When something is in high demand and short supply then people become obsessed with getting it, whatever “it” is…but the “it” is no longer knowledge. Job security be damned, it’s gone in many knowledge industries. So, what’s the next scarcity? What do we call the new Economy?

The Purpose Economy, according to some economists. What is scarce now is meaning and purpose. Jobs are being redesigned to give people more of both. Boring, mundane, predictable jobs will continue to be outsourced. Many jobs organized around math and science will be done in cheaper labor markets.

Professionals and other educated workers here in North America may need to push from the inside out, to pressure employers, especially large institutional employers of big government and big business, to invest in a Purpose Economy. Social entrepreneurs, like Sal Khan—a former hedge fund manager who founded Khan Academy to provide a free world-class education to anyone anywhere–are at the leading edge of this new economy.

As individuals, they are carrying much of the burden to re-engineer their work accordingly. In order to understand how to re-craft your job for more purpose, you need to understand what motivates you intrinsically, where you learned and acquired skills intersect with your natural strengths, deeper values, higher aspirations—and how to leverage these key success factors into work that benefits not only you but your employer and the wider Purpose Economy.

A new economy is rising, and it will offer security to workers who can leverage meaning and purpose into their work.