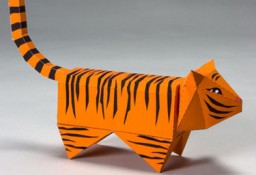 Most of the people I work with already have a job but they want to change careers. They often say to me, “I’d like to have job joy, but I have these fears.” What are they afraid of, exactly?

Usually, it’s the fear of negative consequences, i.e. if I quit my current job, even though I hate it, I will lose my regular paycheck, my comfortable lifestyle, and end up on the streets homeless and impoverished.

No one should quit a job until they have an accurate or reliable picture of specific jobs in specific work settings that suits them. That’s the first step in any career transition.

So, what exactly is there to be afraid of in putting together that picture?
You still have your job, so you’re not facing immanent poverty. You probably
aren’t afraid of succeeding, (although, the rare person might have some of
that). So, it must be that you are afraid of not succeeding.

Let me illustrate with a hypothetical but typical example. Barry is a public
servant with a comfortable job, but keen to get out of this job and into
something more stimulating because “it’s way too bureaucratic, too boring, too
slow. One guy described it as a 30-year sentence. When I look at the big
picture, I don’t doubt him.”

Barry loves public speaking, and is a natural showman, using his physical
skills to impress people, e.g. he can hip-hop dance with backflips and other
gymnastic moves, and this from a 40-year-old man!

We craft a vision to get him started in public speaking, but he can’t take the
actions necessary to move forward with his plan. “When I think about the
speaking industry, I’m having trouble believing there’s an industry for it. ”
Clearly, there is a public speaking industry with professionals who make a
full-time living at it. That’s the reality, so it must be that Barry doesn’t
believe that he can make a living at it.

In order to overcome his fear of failure, Barry talks about how he wants to get
on the public speaking circuit, to do this or that with his life. And then he
says,

“But I am afraid of taking risks.”

For folks who like talking about fear and risks, it’s hardly ever life and
death. They are not astronauts or surgeons or bounty hunters or demolition
experts where the word risk means something. They just don’t want to look like
a fool to themselves and others. This is called ego. They are making it about
themselves, not the creation they want to make.

Fear-based concepts are always tied up in ego, which is where we hold all kinds
of concepts about reality, most of which are not true, but are necessary to
maintaining our particular identity.

You can believe all kinds of things, but if they rob you of the motivation
necessary to take action that moves you towards what really matters to you,
then those beliefs are limitations to getting what you want out of life. In
reality, those limitations are usually paper tigers – things that seem as
threatening as a tiger, but are really harmless. As I already pointed out, when
you already have a job, there is no real risk in exploring other options.

If you act as if changing careers is a life or death issue, then you are not in
touch with reality. This is what happened to Barry: by assuming that public
speaking is so “risky” that he must guard against involvement, he limits his
choices, and cuts off his chances of realizing a new, exciting, and lucrative
career. By making it about his beliefs rather than what he wants to create, he
stops himself before he gets started. His future becomes a self-fulfilling
prophecy of failure.

Everybody fails at something in life, that’s normal. In fact, psychologists
tell us that we fail more often than succeed. Our egos can take a hit and
survive. Conversely, we have all succeeded at things too. We can learn to
replicate success, to take effective actions to create a new career.

Fear is just another feeling, and a natural one that accompanies change of any
kind. So, if you are thinking about changing careers, then you will feel some
fear but your feelings, good, bad, or indifferent, are not the measurement of
how well you are doing at creating what matters to you.

Don’t focus on your feelings or beliefs, they might paralyze you. Recognize
the paper tiger that blocks your way forward. Just blow on it…and it topples.
Then you are free to move on and make choices.

What matters is not your beliefs or your feelings, but only whether or not your
next action moves you closer to your goal. If it does, you’re ready to take
another action; if it doesn’t then think about what you learned from it,
determine what might be a more effective action, then take it. This is how to
change careers successfully. This is how Barry, or anybody else, can move
towards what matters to them.

2 thoughts on “Fear is a paper tiger”