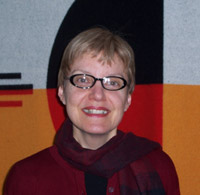 Claudine Guiet is a very unusual client. Most people come to me because they hate their jobs or because they have no idea what they want to do with their lives. Claudine loved her job when I first met her and she still does. She is a health promoter or health educator in AIDS prevention at an Aboriginal health centre.

“Aboriginal, in Canada, means Inuit (previously called the Eskimo), First Nations (previously known as Indians) and the Métis (people of mixed ancestry, often a mix of Cree and French or Scottish),” according to Claudine.

Claudine said that all of her programs have to be produced from the perspective of the Aboriginal culture, which she finds an exciting challenge. She says if you do health education from the same way mainstream does, it isn’t effective.

She had produced a video, some plays and other types of performances, which she said were well-received. Her question for me was how could she eventually make a living doing these things.

She also realized that she was going to turn 50 soon and felt that she had about 25 working years left. ”I just want to make sure that I get the most of these 25 years,” she added.

She was really clear about what she wanted, so she set a goal. Her objective was to have a job as a full-time video producer within five years, which is a pretty bold goal because she only had that one experience and it was some time ago.

The first thing I did was refer her to a one-week intensive course on becoming a film and TV producer. I did it for two reasons: the first was for her to learn specific skills; the second was because you need the right contacts to get the good jobs. That class was a good place for her to make contacts. And it worked.

One of the teachers, a producer in Ottawa, liked her so well, she encouraged Claudine to pursue her dream.

Claudine applied for a mentorship program and is in the process of making a short film with the producer. Claudine isn’t paid, but she is supplied with equipment, an editor and guidance, which is exactly what she needs at this stage in her career.

Claudine, like most people, had no way of knowing how to craft a vision.

People don’t know how to observe their reality currently and objectively because their present circumstances are bound up in highly charged emotions and inaccurate assumptions and beliefs about how the world works.

Claudine decided to take a two-hour-a-week, five-week course from me called
‘Creating Your Life.’

The course focuses on things that really matter to you; not what will give you the highest return on your investment–that’s a whole other thing.

It makes the creative process conscious and deliberate. I found the course to be highly useful to move clients more deliberately toward their goals.

Before this course she did some research and found that Health Canada has a budget for videos. She talked to her employer about an idea she had developed and her boss agreed to sponsor the proposal, which was accepted. Claudine is now in a new position, co-producing a four video series about AIDS in the context of Aboriginal culture.

Even though she had a very lofty and ambitious goal, she saw that it was achievable if she applied herself through the techniques of the course. That it happened in less than a year is pretty remarkable.

Claudine and I still meet once a month for an accountability session to keep her focused on her objective and vision.

When you are making a career transition, you have to try different tools until you find what tools really work for you. In Claudine’s case it was the one week video production course that resulted in the mentorship, the ‘Creating Your Life’ class, and a whole lot of hard work on her part.

Claudine says she now realizes that, “The whole culture has changed as far a getting a new job. You don’t just send in your resume. Now you have to create your new job. You have to go to somebody and convince them that they need your unique services and they create a job for you. You have to be very proactive.

“We create our lives, but it’s hard to do it alone,” says Claudine. ”It’s not George or someone like him does it for us, although he’s akin to a midwife. We have to do the work.

“However, it helps a lot to have a midwife, someone to help you have confidence in yourself. It can be pretty tricky when somebody is going through a period with doubt and questions about the future and their next move.”