Making a world of difference, one value at a time 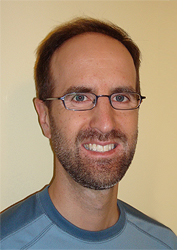 Making a world of difference, one value at a time.

Tony deserves a lot of credit for the risks he took to have work that was meaningful for him. Although we desire certainty and safety, a career transition requires some tolerance for risk. Tony invested in what matters most to him. He connected with others who shared his values and had the power to hire him. He established and maintained rapport with the CEO of a targeted organization even though no job was readily available. In the meantime, he continued building credibility and experience in his chosen field. When that NGO grew and the CEO needed somebody, she offered the opportunity to Tony, a person she knew professionally as competent, capable,and qualifed (and the rest of her team agreed). Tony’s short term sacrifices resulted in a return to his previous salary level in a field that harmonizes with his values and priorities.

Tony has commenced work as the Senior Director, Global Operations at Digital Opportunity Trust (http://dotrust.org/), which is expanding to 8 national programs in Africa, has operations in 3 middle eastern counties, is expanding its operations to focus on Southern and Eastern Europe and the South Caucasus region, as well as operating in the USA, Mexico, and China. He is looking forward to taking his job joy around the world!