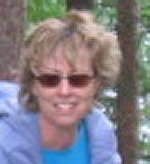 She stated that after finishing school, she looked at what was available at the time. “I just went out there and got a job. I worked for an insurance company and ended up in district office accounting. That totally is not me.”

Changing careers for Janie was also “totally not her” – but for a different reason. She was from the old school where you really didn’t think about other fields. Jobs were a means to earn a living and certainly not about passion.

When I asked her to tell me about her jobs and what had excited her in the past, in and outside of work, something jumped out at me.

She had completed an office administration (medical) diploma, which included medical terminology classes. While working as a medical secretary, she found that one part of her job – transcribing her boss’s dictation for medico-legal reports – was a lot more fun than all the rest. She didn’t merely transcribe the report word-for-word as he dictated it but, always keeping the reader in mind, rearranged wording to make sentences flow better.

Janie loved the mechanics of grammar, syntax, and spelling. “As I typed, I fixed the sentence structure and made sure the grammar was correct. We are charging for these reports, so they should be grammatically correct, right? How we speak every day and the language required in written documents is quite different.”

Her boss, too, felt that the reports had really improved. The fact that he occasionally gave her correspondence or documents to edit became a favorite part of her job.

Away from her job, she became an avid reader. She always had a book on the go and read two newspapers a day. The more in-depth a newspaper article, the more she enjoyed it.

While on vacation, she kept a travel journal. She said, “I feel I have to write.” At the same time, she read and learned everything she could about the mechanics of language. In fact, after taking Latin and Greek courses, she became even more fascinated with the origin of words.

A copywriter, reporter, or feature storywriter for a public relations firm might suit. However, when I probed deeper, I realized it wasn’t the stories that fascinated her; it was the actual words. I kept digging and found that observing details in printed documents was the primary talent that would drive her new career.

Finally, she knew that her natural talent was working with language, and that meant eventually finding someone who would pay her to edit or write.

Although she liked and still does some writing, she said, “I find that writing to earn a living is very time consuming. Obtaining a writing job in a public relations firm would have required some specialized training.”

Our next goal became finding her a job as an editor, even though she wasn’t a university graduate.

She joined the Editors’ Association of Canada (EAC) where she mingled and networked with people who shared her interests. At that time, she did not have a lot of professional experience, so she enrolled in EAC workshops and became PR co-chair for the organization. That’s how she became visible.

Next, she was hired as a full-time editor with the Canadian government where she stated, “I liked the editing but didn’t care too much for that particular job. There were days when we were extremely busy and days when we weren’t at all. After leaving an extremely busy medical environment, this didn’t suit me at all. It just wasn’t a fit. I have to feel that there’s a purpose all day,” said Janie.

So she discussed her situation with me once more and decided that it was time to start her own business. Her government job and volunteer interests had provided the experience and credentials she needed.

She started Highgrove Editorial Services, and since then, “life is great – I’m closer than ever to reaching a balanced lifestyle.”

Janie was able to find the right fit because we were able to distinguish between similar talents. If she had chosen to write for a living, it possibly would have led her down a path of life dissatisfaction and job misfit rather than job fit.

As she said, “George’s analysis made me realize that paying attention to my natural skills was important. He gave me the confidence to go through the process of finding a way to use them.