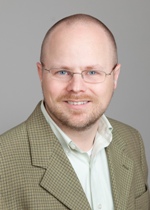 Brett Martinson wasn’t having any problems getting job interviews when he came to me. In some ways he was concerned it was too easy and that he would probably end up in a position that was similar to the unpleasant one he’d just quit.

Brett had been working in the information technology industry. He started as a programmer and worked his way up to a combination of programming and leadership. He did all technical work in one area, and in another he did all management. From time to time he did both.

Brett told me he had become disillusioned with both the work and his company and he really didn’t understand why.

Brett knew what he didn’t like, but he couldn’t tell you what he did. He said he was doing well financially and didn’t have a care in the world. However, just a week before his marriage he and his fiance decided that he was so unhappy, it was best to leave the job, even without another prospect.

After reviewing Brett’s past successful experiences, it took only a short time to get a handle on his passions and talents.

These three groups make up about 30% of the workforce. You can learn to do these things through training, but if you have a natural talent for supervision, you only have one of these three, which puts you in a category of 10% of the working population. This is one reason it is so difficult to find good managers. They are few and far between and many of them are in the wrong job fit for their talent.

Brett belonged to the second group. He likes to take something already created, make it come to life, or improve upon it.

He has a natural talent in planning – a knack for seeing into the future to determine the details and sequences of events. He loves to devise and plan an approach to meet a specific goal and enjoys working with strategies, tactics and angles. Brett has a talent for developing and implementing business processes.

When he was a kid, chess was his favorite activity. He enjoyed formatting a plan of attack and then implementing it. That hasn’t really changed. He needed to apply that enjoyment to the world of business.

Armed with this information, Brett secured a position as a project manager for Lansdowne Technology, Inc., a small management company specializing in Project and Strategic Management for the federal government.

He concluded two projects helping the Canadian Coast Guard create the strategy and documentation outlining the way they maintain, keep track of and dispose of materials from radios and radio systems to entire ships.

At the same time he assisted in writing proposal templates for private companies use when submitting bids on government contracts. In addition, he helped the Canadian government write the specs to enable it to evaluate those contract proposals.

“I really enjoy the variety,” said Brett. “I get bored easily and it’s nice to have different things going on.”

Brett says it was rewarding to go to work as opposed to dreading it. “I looked forward to getting up in the morning and the bus ride in and was energized when I took the bus home.”

Brett said he also learned that the problems with his last job were no reflection on the people he worked with, or the job. It was just the wrong mix for him.

And Brett learned something else: few people have natural job search skills. So, it’s very important to identify your natural talents and passions. That clarity gives you the confidence to go out and get the right job for you.

“After moving to the Niagara are with virtually no direct business network, I set out to find a job in sales or management. I sent out about 7 responses to job notifications with the resume format George had done for me, and received 3 interviews. Not a bad response rate I’d say! I was eventually hired as a salesperson at the local Nissan dealership.”

Now living in a rural area, instead of a big city, Brett was able to turn his passion for strategy to the internet: “My interest in Internet Marketing continued, and when 2 successful Internet Marketers were looking for someone to help them grow their business, I replied. Within a week I was being paid based on performance and helped a $1M+ company grow to a multi-million dollar company.”

When his contract abruptly ended, he contacted the network he had created and had 2 offers within a handful of weeks, both with companies wanting help to grow and expand, both with options to be paid based on performance. He accepted one of the offers and the transition from one contract to the other was pretty smooth and very low-stress.

“In each case I believe the methods I learned from JobJoy, either the way of positioning myself, or networking, allowed me to find opportunities and get myself to the top of the pile for consideration. JobJoy has certainly been a well-used tool over the last 10 years, and one that will continue to be used.”

Brett is part of a generation that can expect to change careers 5+ times, and Brett has done just that once again. He is now an Advisor with SunLife Financial Canada, which is a very good jobfit for his natural planning talent and his motivations. See how his Key Success Factors match up with this job, and watch him use his talents in action as he outlines a particular service.

Free Webinar: Mortgage Insurance: High Costs, and Thinking You’re Approved When You’re Not. How to Protect Yourself Properly in 3 Simple Steps

Tap into his planning advice, personal support, and expertise–whether it be any type of insurance (life, disability, critical illness, etc.), how to have enough money at the end of the month, paying off debts (month-to-month cash and debt reduction are a vital part of Brett’s plans), or future goals – whether it’s next year’s vacation, your children’s education savings, retirement, or tax implications of passing on your estate.