A career for a gadgeteer 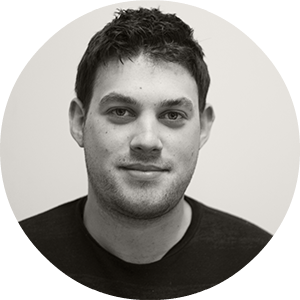 Oren Harris always had a knack for gadgets.As a young lad, he loved learning about personal computers, CPUs, processors, mobile phones, and video games. Oren’s parentstold me he was a bright talented young man with massive potential who needed help to get on a career track.

In high school, the only class that he really enjoyed was CommTech because it provided a vehicle for some of his innate creativity in graphic design, Photoshop, animation, and movie-making.He flirted with the idea of further education in animation because he admired movies like Happy Feet and Wall-E, but most schools required a portfolio with actual illustrations, something that he didn’t enjoy doing. His natural inclinations did not run towards hard skills.

When I first met Oren, he was an articulate 23 year old who’d already had a few false starts in a technical career. After high school, he worked at the consumer electronics store The Source for a year. He enjoyed the customer interaction because sharing his ‘gadget’ expertise with others was fun. He then enrolled in a Small & Medium Business program at a local college. Entrepreneurship was the only class he enjoyed–it was practical and hands-on in terms of thinking about practical applications for new technologies.

After one year, he dropped the program and went to work in sales at Best Buy, then Future Shop, where he enjoyed demonstrating the different features of consumer electronics. Oren has a knack for explaining a concept or object in a convincing manner, so he always did well in these kinds of sales positions and, let’s face it, most employers value a good sales person.

In addition, he was constantly growing his knowledge about gadgets by regularly visiting bookmarked sites, such as Gizmodo, Gadget Guide,MobileSyrup, and others. Technology as a subject area was very stimulating for him, such as how technology will continue to become embedded in our everyday lives, e.g. mobile phones will become our wallets.

He thought about going back to school for Computer Science but after researching it and talking to friends who work in that space, he realized that working alone at a bench or on service calls didn’t match his preference for talking to people, for sharing his knowledge of technology. Rather than go into another post-secondary program, he went into sales at a Rogers call center while he continued to research and think about the right fit for his educational interests.

It was clear to me that Oren was no techno geek, not really interested in bits & bytes of software or components of hardware. Instead, the social function of technology fascinated him. As he says, “I’ve always been interested in technology and how it can help it people.” His was a typical dilemma: most employers want young workers with technical specialization to design and produce products but Oren was more of a generalist than a specialist. He understood the ins and outs of technology but wasn’t interested in the engineering side of it. I pointed out the role that generalists play in companies as managers, marketers, sales and so on.

The world of Apps on mobile phones started to take off and Oren got very interested in thinking about to use this new technology in a way that would help a company make money. Since his entrepreneurship course at college, he was very interested in how product ideas moved from conception to commercialization. So he enrolled in a two-year Technology program at a local college: Mobile Application Design and Development.

He learned about all the technical aspects of developing Apps. He completed the program but knew all along that a technical specialist role wasn’t for him. “I’ve always been a good worker,” he explains,“but school helped me find my place, to work with people who do this technical work but not be the technical specialist myself.” None of his previous experience was wasted. All those years as a gadgeteer, as an expert explaining the features and benefits of different products solidified Oren’s understanding of who and what he does best and really comprehend the difference between specialist and generalist.

About the same time that he graduated, a local e-commerce company, Shopify, was taking off and Oren wanted to ride that rocket. Shopify specializes in launching online stores and equipping them with the e-commerce tools they need to be successful. He got hired as a Customer Success Guru,then moved to the Apps Team to help stock the Apps store (think iTunes). Early in 2016, he was promoted to lead a team that partners with Apps developers.

“I need an understanding of technical issues but it’s more of a generalist role that I perform by hiring then managing others to get the most out of them,” says Oren. Building his team, making decisions quickly and having an impact on the 20 people around him is what gets him out of bed every morning.

He’s excited about his career prospects. “We’ve only scratched the surface with e-commerce,” he says. “It’s only getting much bigger.” He enjoys having an impact on people all over the world with Shopify, a global leader in this sector of providing e-commerce tools to small business. “We want to inspire entrepreneurs!” Oren exclaims. “That’s the future!”