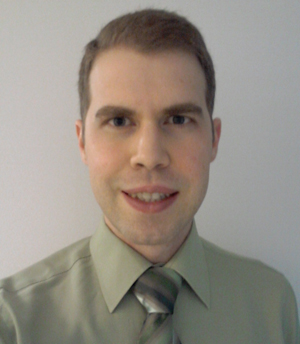 When Guillaume (Gui) Meloche first came to see me, he was a young man working as a security guard in order to pay his bills but had a strong desire to get into a college program. He’d enjoyed biology in high school and was always curious about how the physical world works, so he wanted to know from me if going into a program for Medical Lab Technician was a good fit for him. He also had a strong Christian faith and wanted to do something that harmonized with his values.

After going through his story in some detail, I could see that Gui was definitely suited to the field of applied science but I wasn’t sure that bioscience was his best choice. For example, as a child, he spent many happy hours disassembling toys and things around the house. He demonstrated a talent early in life for discovering the source of a mechanical/electrical/technical failure, then fixing or repairing simple machinery, such as his bike, even picking up parts and building different kinds of bikes with his father.

By helping out his father around their house, he showed a knack for using different tools, equipment, and machinery. He enjoyed using his body in a physically coordinated fashion and was very comfortable with work that had a physical component to it, such as troubleshooting mechanical problems with his car. Like many young people who happily spend their own discretionary time on particular tasks, Gui was using a natural strength. It wasn’t that he was a natural mechanic; it wasn’t cars or engines that he loved, which is what a casual observer might have thought if they saw him leaning over an engine block. They might’ve encouraged him to go into mechanical repair but they would’ve mistaken subject matter for talent.

It wasn’t cars that fascinated him, it was diagnosing technical problems and fixing them. He also spent many happy hours, diagnosing and fixing computer hardware and software problems, not through formal education and training but through trial and error and personal research. What launched him into action was a technical challenge that needed a solution.

This particular career pattern is in high demand because our economy is organized around physical infrastructure that needs to be designed, built, maintained, repaired, restored, and often replaced. As a Christian, Gui was keen to be a good steward of infrastructure that made it possible for people to work and live in peace together, to raise families, to help one another, and to glorify in his own way the Creator of this physical world.

I suggested to Gui that he spend some time researching possible careers in a number of areas related to applied science besides bioscience, such as building, chemistry, civil, electrical, electronics, forestry, geomatics, industrial, instrumentation, mechanical, mineral, petroleum. For example, he looked closely at mechanic technician prototype and fabrication. However, he was worried about the lack of work in the local area and the fact that he didn’t have the advanced math pre-requisites from high school that he needed for admission. Since he wasn’t certain of which subject he wanted to study, I encouraged him to find a program that would stimulate him, then look into the entrance requirements.

After carefully analyzing the report that I gave him, he visited some colleges and spent a day in each course that interested him. Now that’s due diligence! Gui didn’t want to waste time, energy or money, so he went an extra step to check out a program to make sure that it could meet his needs and priorities. He chose a civil/construction technology course at La Cité Collegiale in Ottawa not because he was a francophone but because he won a bursary for $1500 to study in French. He also had a baseline of training in construction that he wanted to build on through this course. He knew that he wanted to be a technician or technologist but not a tradesman. He felt that he needed a lot of challenge and knew that he would get that in this 3-year program. For example, he had to do 5 months of math and do about 2 exams per week before being accepted. Nevertheless, in college, he was at the top of his class and really enjoyed his classes in construction, surveying, AutoCAD, building code, structural analysis, estimation, project management, building mech/elec.

Gui has been the owner/operator of his own construction company for more than two years now, as he raises a family. He also passes on what he’s learned to students by teaching students at La Cité in a surveying level one course and part of a resistance of materials course (testing the limits of building materials by destroying them—sounds fun!).

He encourages his students to train in their desired field of choice, to pursue not money first but to find work that challenges and inspires them. He is grateful to God for his success and feels he is faithful as a Christian by glorifying God through his work.